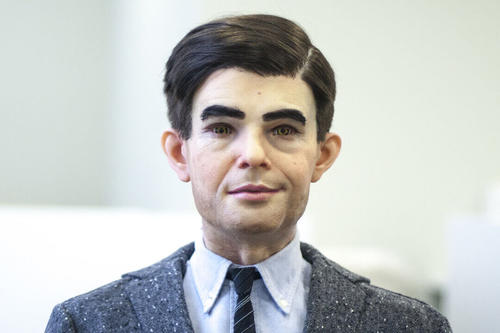 The robot is equipped with mimic and positional drives to demonstrate blinks, squint, turn and tilt eyes and basic emotions (happiness, sadness, fear, surprise, anger). The robot is controlled by RoboStudio software main functions are controlling facial expression and maintaining a dialogue with the person.

Recognition and generation of the speech from Yandex (Speech-To-Text and Text-To-Speech) (the Internet and the account Yandex.SpeechKit is required) allow conducting a dialogue with the robot.

EmoDetect software allows non-verbal communication with the robot. With this software, the robot reads the emotion from the human face and copies it to its own.

The add-on module, which gives the robot a realistic experience when non-verbal communication